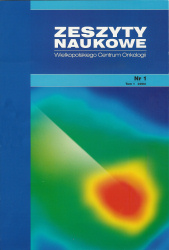 The article deals with the problem of lung and pleural cancer. In order to understand the subject properly, it is important to start with how important the lungs are - they are a part of the system through which we can breathe. Unfortunately, the majority of lung tumors are malignant and are caused by mutations of respiratory epithelial cells. There are many factors that contribute to lung cancer. The most known and influential factor is smoking. In the European Union countries, one in five lung cancers is caused by smoking. Lung cancer is very specific because it can develop for a very long time without giving any symptoms and it's usually diagnosed at a late stage of the disease's advancement. The lack of early symptoms is the reason why screening for lung cancer is not carried out even though it is one of the most common tumors.Only epidemiological studies allow to broaden the scope of knowledge about cancers. It is thanks to them that many factors can be distinguished and understood as to which are responsible for the formation of all kinds of tumors. The incidence of lung cancer in Poland is very high, especially among men. Duration of survival after diagnosis of lung cancer varies according to gender. However, survival ratehas in creased in recent years.

This work is licensed under a Creative Commons Attribution-NoDerivatives 4.0 International License.